When was the last time you felt like you didn’t belong?

Home/Lunches/When was the last time you felt like you didn’t belong?

When was the last time you felt like you didn’t belong?

Some people go through their entire lives thinking they don’t fit in. Others experience that feeling only occasionally. But all of us, at some point, find ourselves in the role of outcast.

Daniel Wolfson and Fatima M. Wolfson, the 64th and 65th people I’ve met on my quest to have lunch with 500 strangers, are accent reduction coaches. Officially, their business, Pronunciation School, helps immigrants speak English like a local. Unofficially, it helps people achieve a sense of belonging. 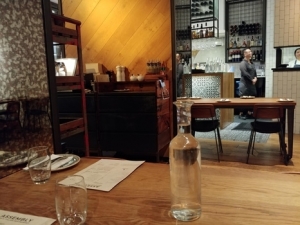 As Daniel and Fatima explained, having an accent can not only make you feel like an outsider, it can also damage your career prospects. So while there’s nothing wrong with having an accent, neutralising it can bring psychological and financial benefits.

Daniel and Fatima have a foot in each camp. They’re native English speakers but they’re also immigrants, from London.

I really enjoyed meeting Daniel and Fatima. They’ve got interesting stories and have just the right amount of quirkiness.