Accountability starts with yourself

Accountability starts with yourself

Mark Bragg, the 181st person I’ve met on my quest to have lunch with 500 strangers, is a performance and leadership coach who knows what it’s like to be a flawed leader.

In a past life, Mark was head coach of the Townsville Suns basketball team. At one point, the team was performing poorly, and Mark knew exactly who to blame – his players. But when Mark called a trusted mentor for advice, the man blamed someone else – Mark. 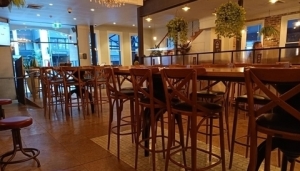 Mark is a Townsville native, who became a professional basketballer after leaving school, first for the Melbourne Tigers and then the Brisbane Bullets. Later, he campaigned for a Townsville team to join the league, and became the Suns’ inaugural coach in 1993.

Mark was sacked in 1998, but he saw it as a blessing in disguise, because he wanted to spend more time with his family and pursue a business career. Mark had already been doing some corporate coaching on the side; he then turned it into a full-time career.

Mark, who is now based in Sydney, helps executives and teams improve their performance.

One of the keys to being an effective leadership coach is asking the right questions. Mark, I discovered, asks great questions – and then really listens to your answers.

That’s why he’s now coaching at a far more advanced level than during his basketball days.