As you’d expect, Ahmad, the 58th person I’ve met on my quest to meet 500 strangers, oozes confidence, whether you watch him on video or meet him in the flesh.

Yet as Ahmad explained, he used to be a shy teenager who struggled to look people in the eye during conversations.

Gradually, through years of hard work, he transformed himself into an excellent salesman, charming conversationalist and engaging public speaker. 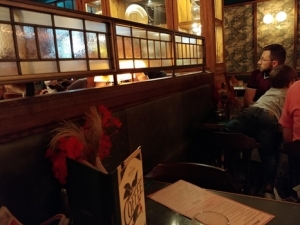 Part of that growth occurred naturally, through cold-calling and door-to-door sales. But Ahmad also went out of his way to volunteer as an MC at numerous weddings – a role that, initially, was terrifying, but one that taught him valuable performance skills.

Ahmad has set himself the goal of becoming a world-class public speaker. He’s already very good – but to become great will require another 10 years of training, he believes.

I’ve got no doubt he’ll succeed, because Ahmad is a passionate believer in learning and self-improvement.