From usenet to LinkedIn

From usenet to LinkedIn

Reiner Gaertner, the 54th person I’ve met on my quest to have lunch with 500 strangers, is such a digital pioneer that he was using the internet before web browsers existed.

Back in 1988, he started using a thing called usenet, which was a digital network that allowed users in different locations to post and read messages. 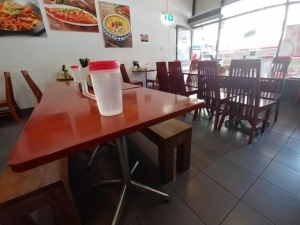 For many years, Reiner worked as a nomadic tech journo. In 1998, while living in Silicon Valley, he met two youngsters named Larry Page and Sergey Brin, back when they were the only employees of a start-up they’d just launched, called Google. A year later, when he formally interviewed them, Google had 70 staff, and, as Reiner mentioned in his article, seemed likely to do quite well.

These days, Reiner lives in Australia and coaches executives who need help building their personal brand on LinkedIn. Always an early adopter, Reiner joined LinkedIn way back in 2004 (the platform only launched in December 2002) and has also published a book on LinkedIn content marketing.

If you’re a businessperson who wants to dominate on LinkedIn, my advice is to contact Reiner. He’s not only a social media expert, he’s also great company and a great bloke.