How to become a business expert … one cake at a time

How to become a business expert … one cake at a time

Before I met Paris Cutler, I knew she had a reputation as a superb business strategist – and she didn’t disappoint.

While we were having lunch, Paris was kind enough to give me expert advice about how my business could improve its branding, sales and profitability.

Paris, the 105th person I’ve met on my quest to have lunch with 500 strangers, developed her expertise while turning a suburban cake shop into a global empire.

Planet Cake became so famous for its elaborate cakes that it attracted clients like Nicole Kidman, Rihanna and Celine Dion. 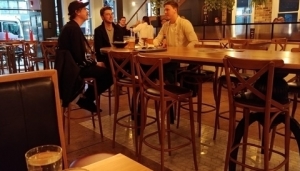 A typical cake cost $3,000; the most expensive cake Paris ever sold was a $58,000 extravaganza for a Chinese billionaire.

It might seem strange that people would pay so much for sugar and flour – but, as Paris explained, she didn’t sell cake, she sold status.

Paris told her clients they would make their friends jealous and cause a stir on social media if they showed off one of her cakes at their events.

Later, Paris starred in a TV show, Planet Cake, which was shown in over 30 countries, and wrote a book, Planet Cake for Beginners, which sold over 500,000 copies.

These days, Paris acts as a consultant for business leaders.