A few months ago, my life changed after reading Kaley Chu’s wonderful book, 100 Lunches With Strangers.

Inspired by Kaley, I decided to have lunch with 500 strangers in five years – with Kaley being my first.

As I was having lunch with my 10th stranger, Ram Sundaram, I learned three delightful facts: 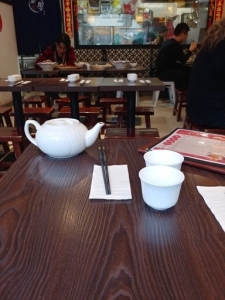 Ram is on his own inspiring journey. Back in February, he moved from India to Sydney with his wife and two children. He was hungry to find work and provide for his family, so he attended a flurry of meetings. Eventually, he landed a three-month contract with one company, before starting a full-time job earlier this month with another.

Ram learned an important lesson during all his hustling. Real relationship-building, he says, involves giving before you take. You need to network without an agenda: otherwise, you’re not looking to build a relationship but conduct a transaction.

Recently, Ram launched his own networking group, where he mentors new immigrants and shares his hard-won lessons.

That’s all give and no take.