Living a life of purpose

Home/Lunches/Living a life of purpose

Living a life of purpose

Shane Quinnell was alone on a mountain, writhing in pain, with dozens of broken bones, close to death, when he wondered: am I living my life the way I want to live it?

Shane, the 112th person I’ve met on my quest to have lunch with 500 strangers, had slammed into a mountain after his paraglider malfunctioned.

Initially, the doctors feared Shane might be a quadriplegic, but he was able to move his limbs after a week. It took nine months before he was able to walk again.

The accident made Shane realise how precious life is and how important it is to be living a life of purpose. 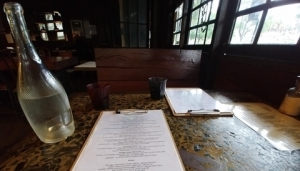 After Shane had recovered, he and his wife spent a year driving around Africa and climbing the continent’s five highest mountains.

Shane works for a renewable energy provider, but he recently cut back to four days per week so he could share his message as a conference speaker.

When Shane was paragliding through the clouds, his life seemed perfect; a minute later, when he slammed into the ground, his life had changed forever.

As Shane explains, if we want to be happy we need to define success on our own terms, look internally for validation and have the courage to chase our dreams.