You know when you meet someone and you just hit it off?

That happened with Kitty Parker, the 113th person I’ve met on my quest to have lunch with 500 strangers.

We sat down to lunch at 12.30pm. When we left, we were shocked to discover it was 5.10pm. We’d been so engrossed in our discussion we hadn’t noticed almost five hours had passed.

Kitty is an amazing person – smart, loving and incredibly resilient.

Kitty was kicked out of home when she was 14, became homeless for a while and dropped out of school. But despite the negative influences in her life, she had the strength to fight back and become very successful. 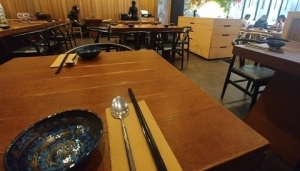 Kitty has had several careers. She’s worked in the criminal justice system as an intern psychologist. She’s built and sold an international branding agency. And, since, 2018, she’s run a successful buyer’s agency called Kitty & Miles.

How good is Kitty at her job? Well, she’s got more than 60 five-star Google reviews.

One of the reasons Kitty is such a great buyer’s agent is that she’s great at connecting with clients – partly because she’s naturally a warm person and partly because her background in psychology allows her to understand people.